Rentlodex > Illinois > Why You Should Consider Chicago for an Airbnb Investment

As one of the nation’s largest cities, Chicago is known for its diverse restaurants, exciting nightlife, its spectacular museums and its river and lakefront possibilities. From music festivals to outdoor recreation, cultural attractions to the beachfront and the pier, this dynamic city has something for just about everyone. While real estate in Chicago tends to be on the pricier side, with so many things drawing people to Chicago, it makes the city a great choice for short-term rental investors.

If you’re considering Chicago for your next Airbnb investment, here’s a sampling of what the city can offer your guests:

Noted as the largest free show of its kind anywhere in the US, the Chicago Air and Water Show offers some high-flying entertainment above the lakefront. The Chicago Auto Show, meanwhile, has the reputation of being the largest and longest running auto show in the entire nation. There’s also the annual St Patrick’s Day Parade when the Chicago River turns green and the long-running Chicago Marathon.

There are so many tourist attractions in Chicago, it’s hard to come up with a list of the best. That’s what makes the city so unique, though, and why it proves to be such an enticing place for people to visit.

Millennium Park: Popular Millennium Park is one of the most famous spots to get your photo taken in Chicago. People flock to Cloud Gate, or what most call “The Bean”. The iconic sculpture is huge and provides a memorable backdrop.

Navy Pier: Another one of the city’s top attractions is Navy Pier. You’ll find some shops and restaurants, plus rides like the giant Centennial Wheel and the historic carousel. It’s also home to the Chicago Children’s Museum and it boasts its own beer garden with free outdoor performances.

Field Museum: A trip to Field Museum is truly like taking a journey back through time. With tens of millions of artifacts and specimens in its collection, it’s hard to know where to begin. One of the museum’s biggest attractions is SUE, the most complete T-Rex in the entire world. 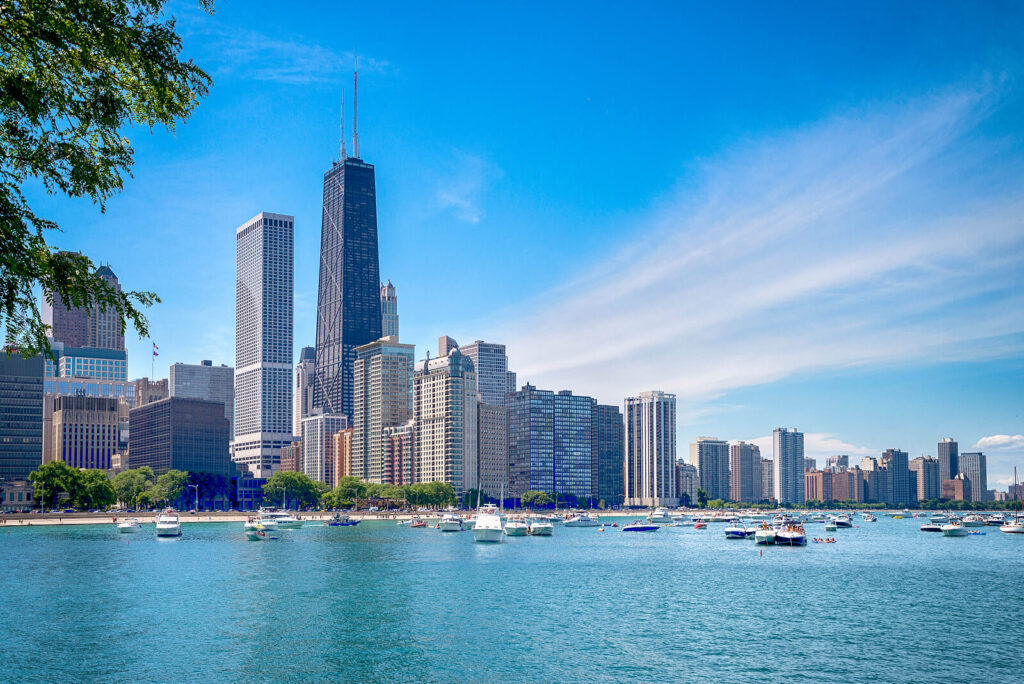 Chicago has a stand-out food scene, from upscale steakhouses to gyros, Latin-style creations to the delicacies of Chinatown. The city is extremely diverse, with Michelin-starred restaurants, regional chains and eclectic food trucks. If you just can’t decide, you can always check out one of the city’s trendy food halls or pop inside one of the casual restaurants for such local delights as Chicago deep dish pizza, an Italian beef sandwich or a Chicago-style hot dog on a poppy seed bun.

Chicago is one of only a handful of cities to have professional sports teams representing football, basketball, baseball, soccer and hockey. The city can claim the Chicago Bears, Chicago Bulls, Chicago Cubs and Chicago White Sox. It’s also home to the Chicago Fire soccer team and the Chicago Blackhawks professional hockey team. Chicago Sky is the city’s WNBA team.