Rentlodex > Washington > Why You Should Consider Seattle for an Airbnb Investment

As the largest city in the entire Pacific Northwest, Seattle is home to colorful shops, diverse restaurants, landmark sites and spectacular scenery all around. Nearly surrounded by water, Seattle offers some stunning views of Mount Rainier and the profound natural beauty of the region. Home to several tech businesses and major corporations, Seattle is a fast-growing city and a great place for short-term rental investors. Housing prices are high, but the city does have a lot of variety.

If you’re thinking about Seattle for your next Airbnb investment, here are just a few of the things the city can offer your guests:

Because of its size, there’s always something to do, see and explore in Seattle. While the city offers several sports teams, it’s also the site of the 2023 All-Star Game. It’s additionally home to the long-standing Seattle Boat Show, family-friendly concerts and events, plus the beloved Seafair Weekend Festival, complete with the Blue Angels.

From the views of Waterfront Park to area museums, there’s plenty to enjoy in Seattle. Whether you stay on solid land or head out on the water, Seattle is full of options for locals and visitors, alike.

Space Needle: One of the most iconic sites in the entire city is the landmark Space Needle. First created for the 1962 World’s Fair, people still flock to the Space Needle to take in sweeping views from its observation deck. 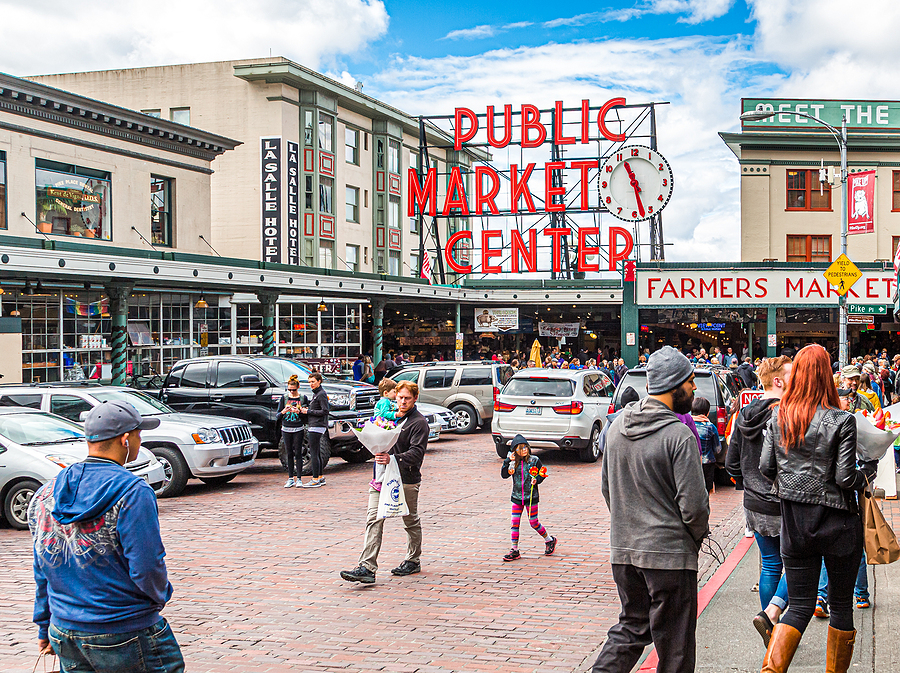 Fresh seafood is a big part of the city’s identity, from oysters and clams to fresh salmon and fish straight from the docks. Pike Place Market is a great place to try out some of the city’s independently owned restaurants, while the Capitol Hill neighborhood remains one of the best options for those in search of a tasty bite to eat. Seattle is also known for its Asian cuisine, and the International District is a great place to give it a try. The city is overflowing with coffee shops too, but if you really want to eat like a local, head to one of the city’s hot-dog stands, and top it off with some cream cheese.

Seattle is home to several major sports teams, including the Seattle Seahawks, of the NFL and the MLB’s Seattle Mariners. The city also boasts the Seattle Kraken of the NHL and Seattle Sounders FC, which is part of the MLS. Local women’s teams include the WNBA’s Seattle Storm and OL Reign, which is part of the National Women’s Soccer League. In addition, the city is home to two Division I schools and one Division II school for college athletics.