It may be one of the smallest states in the nation by size, but Connecticut is big on appeal. This affluent state is considered part of the tri-state area, but some of its small towns feel far, far away from the hustle and bustle of the Big Apple. This makes Connecticut a fantastic option for enjoying a quiet weekend away from the bright lights of some of the region’s largest cities.

From the peak of Bear Mountain to the coastal areas of Long Island Sound, the Constitution State is full of some of New England’s most charming small towns and rural areas. Some of them sit on the north side of the state, far from some of the state’s most populated places.

Whether you’re in search of a quick weekend getaway from Hartford, or you’re planning to visit

Connecticut from outside of the region, here’s our quick list of some of the best small towns in Connecticut to check out:

Charming Mystic is rich with maritime history. This former shipbuilding seaport is home to the famed Seaport Museum. Take some time to explore what it was like to live in a 19th century fishing village or head to the famed Mystic Aquarium. Don’t miss the free submarine museum either, or a chance to see some movie magic at Mystic Pizza, made famous in a film by the same name featuring a young Hollywood actress named Julia Roberts.

Sleepy Colebrook gets you to the countryside for a relaxing weekend getaway about 30 miles from Hartford. This tiny town is particularly picturesque when the leaves start changing in the fall. While you’re there, be sure to take the short drive to Haystack Mountain Observation Tower. It’s a good spot to take in some sweeping views of the tri-state area and Long Island Sound.

✓ Short drive to and from Hartford 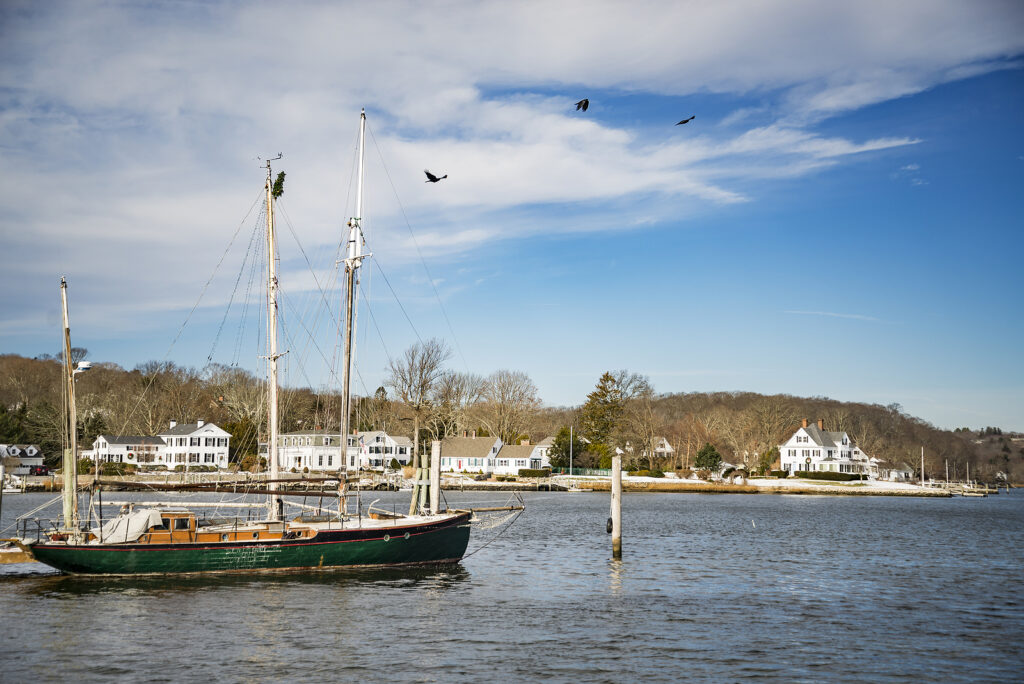 For a step back in time, make a visit to the small town of Cornwall. Made up of several historic villages, the town is also home to one of the state’s few covered bridges. A great place for its picture-perfect scenery, the charming town sits right along the Housatonic River. It’s a good place to try out hiking, fly fishing and river rafting at nearby Mohawk State Forest or pay a visit to some of the town’s unique shops and businesses.

✓ Home to one of the state’s few covered bridges

The picturesque town of Putnam sits in the northeast corner of the state. Situated right on the banks of the Quinebaug River, Putnam is known for its local playhouse and its charming downtown filled with several arts-related businesses. Spend some time in Putnam searching for antiques or exploring with outdoor adventures.

✓ Located on the banks of the Quinebaug River