Packed with places to go and things to discover, Atlanta is one of the south’s most vibrant cities. Major attractions in the downtown area keep visitors coming back for more, from local museums to the aquarium, sports venues to spirited shopping, dining and cultural attractions. Demand remains high for homes in Atlanta, making it a great option if you’re considering a short-term rental investment.

If Atlanta sounds appealing as a potential city for your next Airbnb investment, here’s a look at just some of what’s sure to make the city attractive to your future guests:

From live music to festivals and parades, Atlanta routinely hosts a number of big events throughout the year. Golfing legends flock to the city each April for the PGA Tour Championship, while the Peachtree Road Race in July markets itself as the largest 10Kin the entire world. Atlanta also plays host to the SEC Football Championship in December.

If you want to see some of the best of Atlanta, find Peachtree Street. It is Atlanta’s version of Fifth Avenue, as it starts in the financial district, runs through Midtown and then heads up to Buckhead and beyond. Some of the best shopping in Atlanta is along Peachtree Street. Another advantage of the city is that some of its most visible and visited tourist attractions are within walking distance of each other. This makes Downtown Atlanta a fantastic place for locals and visitors, alike.

Georgia Aquarium:  The iconic Georgia Aquarium showcases hundreds of different species of animals, spread across seven major galleries. It is the largest aquarium in the United States, and along with viewing some of its smaller inhabitants, it is also a good spot to see sea lions, dolphins, beluga whales and sharks.

World of Coca-Cola: You don’t even have to drink Coca Cola to enjoy a trip to the World of Coca-Cola. The popular museum and tourist attraction sits close to Centennial Olympic Park in Downtown Atlanta. The site features several exhibits and the chance to sample more than 100 beverages from around the world.

High Museum of Art: Found in the city’s arts district, High Museum of Art brings in hundreds of thousands of visitors each year. The art museum sits on Peachtree Street in Midtown Atlanta. Commonly referred to by locals as The High, the museum its considered one of the top art museums in the Southeast US.

Zoo Atlanta: Found in Atlanta’s Grant Park, Zoo Atlanta is one of just three places in the US you can go to see giant pandas. The zoo is open almost every day of the year, with several opportunities for animal encounters, talks and wildlife education. 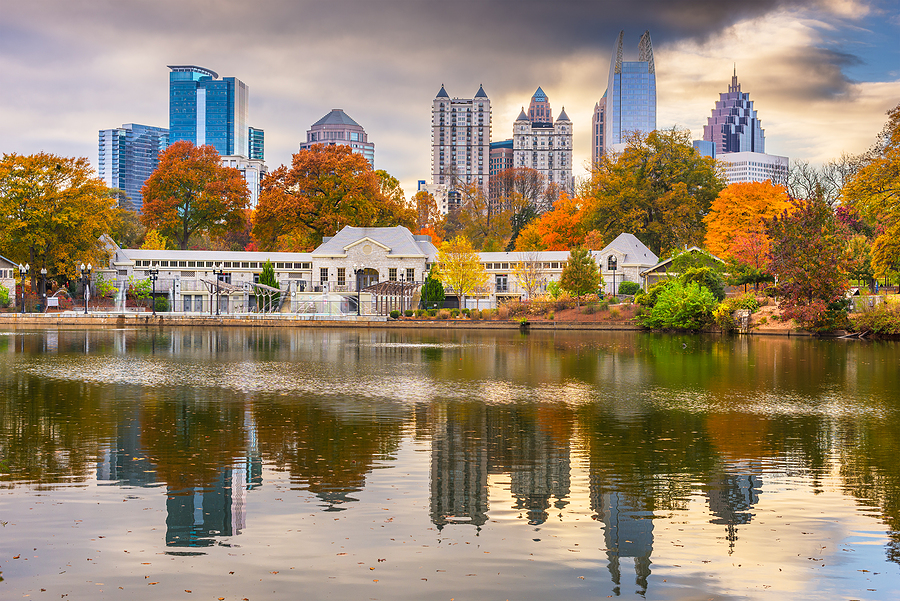 From a newly opened food hall in northwest Atlanta to New York-style delis, bistros and tea rooms, you’ll find it all when you taste-test your way across the city. Pick up your fill of southern food in Atlanta, sip a cocktail in a historic train depot or take part in a true farm-to-table experience in Midtown. From fried chicken to wings, noodles to some really inventive and unique cuisine, Atlanta’s dining scene is a diverse and delicious experience.

Atlanta has five major professional sports teams, including the MLB’s Atlanta Braves and the NBA’s Atlanta Hawks. The city is also home to the NFL’s Atlanta Falcons, the WNBA’s Atlanta Dream and Atlanta United FC of the MLS. The city’s football team and soccer share Mercedes-Benz Stadium. Atlanta United is known to draw in some of the largest crowds in MLS history.